THE GUARDIANS OF THE COAST 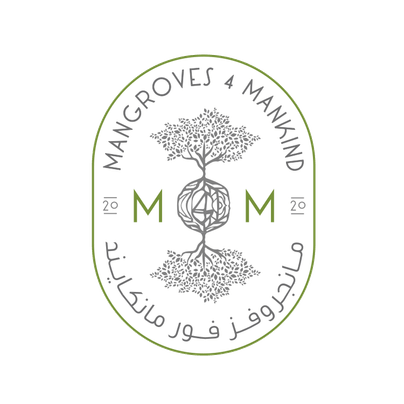 a testament to the human spirit.

Mangroves are shrubs and trees that are found in the intertidal zone of coastlines — living between terrestrial and marine environments. These are the only flora species that can tolerate highly saline soil and brackish water. There are about 110 species of mangroves including mangrove associates and between 50 and 73 species of true mangroves.

Mangroves are not able to withstand freezing temperatures, particularly extreme freezes which can lead to physiological damage. They have several types of processes to regulate high concentrations of salt. Some species prevent salt from entering their roots, some excrete excess salt through their waxy leaves and some remove excess salt using ion transporters.

Where are mangroves found?

Mangrove forests are often found along tropical and subtropical coastlines, mainly between latitudes 25° N and 25° S. They can be found in countries such as Indonesia, Brazil, Australia, Nigeria, Mexico, etc.

What are some of the species living in mangrove forests?

Mangrove forests are rich in biodiversity that shelter various wildlife such as:

Why are mangroves important?

Mangrove forests serve a critical role in providing us with essential ecosystem services. They provide home and food sources to a variety of marine and terrestrial life. They also act as nurseries for juvenile fish and resting hubs for migratory birds.

The roots of mangroves are sufficiently stabilised that they can defend the coastal communities from coastal hazards such as storms and flooding. They have a natural mechanism of trapping sediments that prevent coastal erosion. They also support communities by contributing to food security and local livelihood.

How does mangroves help in mitigating climate change?

What is Blue Carbon?

Blue carbon is the carbon stored in coastal and marine ecosystems which include mangrove forests.

What are some of the threats to mangroves?

Climate Change - Mangrove forests are vulnerable to degradation and destruction due to rising sea level, extreme temperatures and frequent storms.

Overexploitation - Mangrove forests are at high risk from overfishing and overharvesting of its natural resources.

Pollution - Mangrove forests and the wildlife that inhabits it are greatly affected by the fertilizers, pesticides, oil spills and other toxic chemicals that flow into the coastal areas.

Sedimentation - Mangroves are suffocating by its inability to overcome the high sedimentation rate that can be caused by deforestation and land development.

What is the major effect of mangrove destruction?

What is the International Day for the Conservation of the Mangrove Ecosystem?

The International Day for the Conservation of the Mangrove Ecosystem aims to raise awareness of the ecological role of mangrove. It was adopted by the General Conference of the United Nations Educational, Scientific and Cultural Organization (UNESCO) in 2015. It is celebrated internationally each year on the 26th of July.

Replanting mangroves is not a simple process. It is very high maintenance and sometimes unachievable. Even with a successful replanting, the rescued mangroves will not have the same capacity to absorb carbon dioxide as mature mangroves.

Explore connectwithnature.ae to learn about the mangrove forests in the United Arab Emirates.

*The information on this page is supported by our knowledge partner Emirates Nature-WWF.